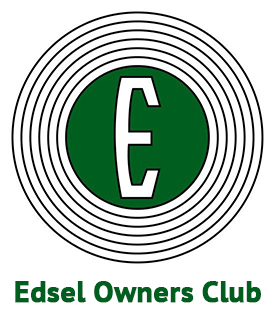 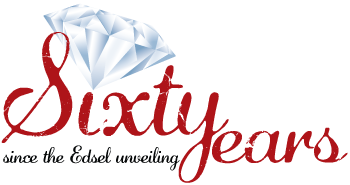 The Edsel Owners Club, Inc. is an organization dedicated to the preservation of the Edsel.  The goal of the club is to promote Edsel restoration and maintenance, preserve the history of the Edsel, and have fun in the process – with members exchanging ideas and sharing experiences about our favorite car.

Fill out the application and then pay securely online with PayPal or mail a check.

The EOC was founded by Edsel Henry Ford, Perry E. Piper, Michael Read and David Sinclair. The club was incorporated as a non-profit organization under the laws of the state of Illinois on February 3, 1969.

Being an Edsel Owners Club member entitles you to many benefits.

Note: $30.00 of this amount is applied to the annual subscription of the official club publication, “The Big E” newsletter.